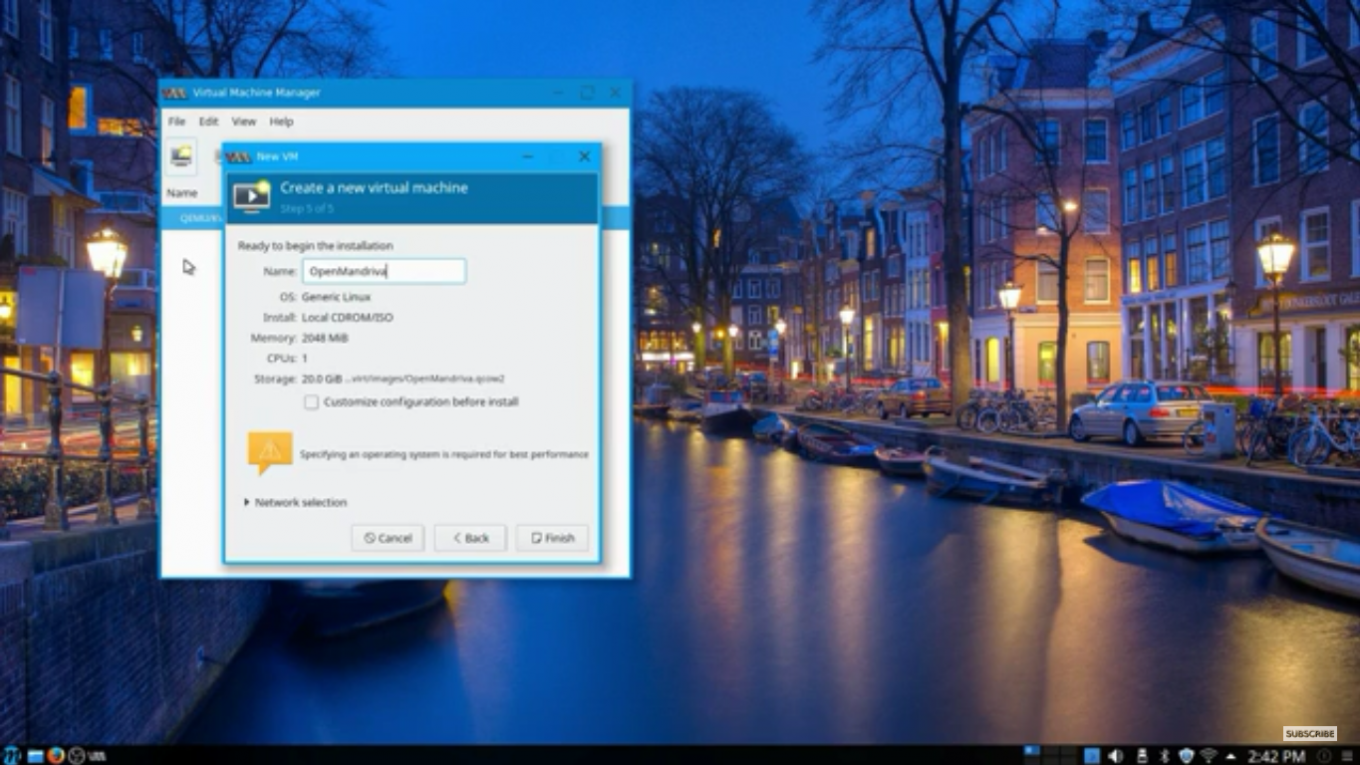 Before I unleash this next episode of Cooking With Linux (the YouTube edition), I’m going to make a promise . . . well, maybe more like a “hopefully, I stick to this better than my New Year’s resolution” promise. Anyhow, the third Cooking With Linux is already in the can, so to speak, and I will release it tomorrow. Which brings me to the promise-ey thing . . . my plan, such as it is, is to release a new episode of the show each and every Thursday, weather permitting.

Okay, on to episode two of “Cooking With Linux”, the YouTube edition. I cover a lot of Linux distributions when I talk about Linux and open source software, and it seems as though I’m perpetually reinstalling my system, but even I’m not that crazy. To try out all these distributions, I use a program called Virtual Machine Manager, or virt-manager. In this video, I’ll show you how that works as we install a new Linux distribution — in this case, OpenMandriva — from start to finish. Oh yeah, there’s wine, too, of course!﻿