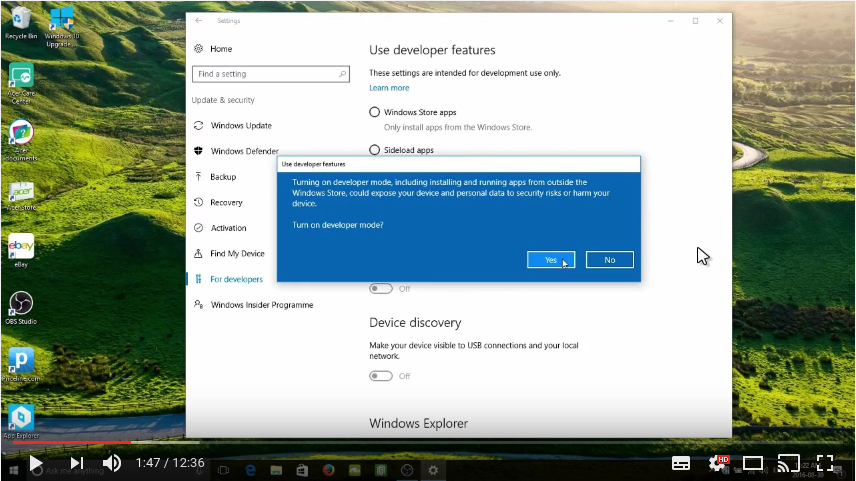 And so, I’ve decided to make “Cooking With Linux” a regular YouTube show which you’ll hopefully find useful, interesting, and maybe even entertaining. I’ve been experimenting with this idea for a while, so I can’t be sure if this qualifies as episode 1, but there it is. For this first official episode, we’re going to start on a Windows 10 desktop. Yes, you read correctly. With the latest update of Windows 10, the so-called “Anniversary Update”, everyone can now install and run a Linux shell on Windows and, as I’ll show you, quite a bit more. It’s called “Windows Subsystem for Linux”. Once you’re done watching this video, you might truly believe that yes, Microsoft really loves Linux. Enjoy this edition of “Cooking with Linux”, and if you want to see more, please and pretty please . . . leave comments, give the video some thumbs up, subscribe, and share this with others.﻿ Seriously. Thumbs up. Subscribe. Like. All that stuff.